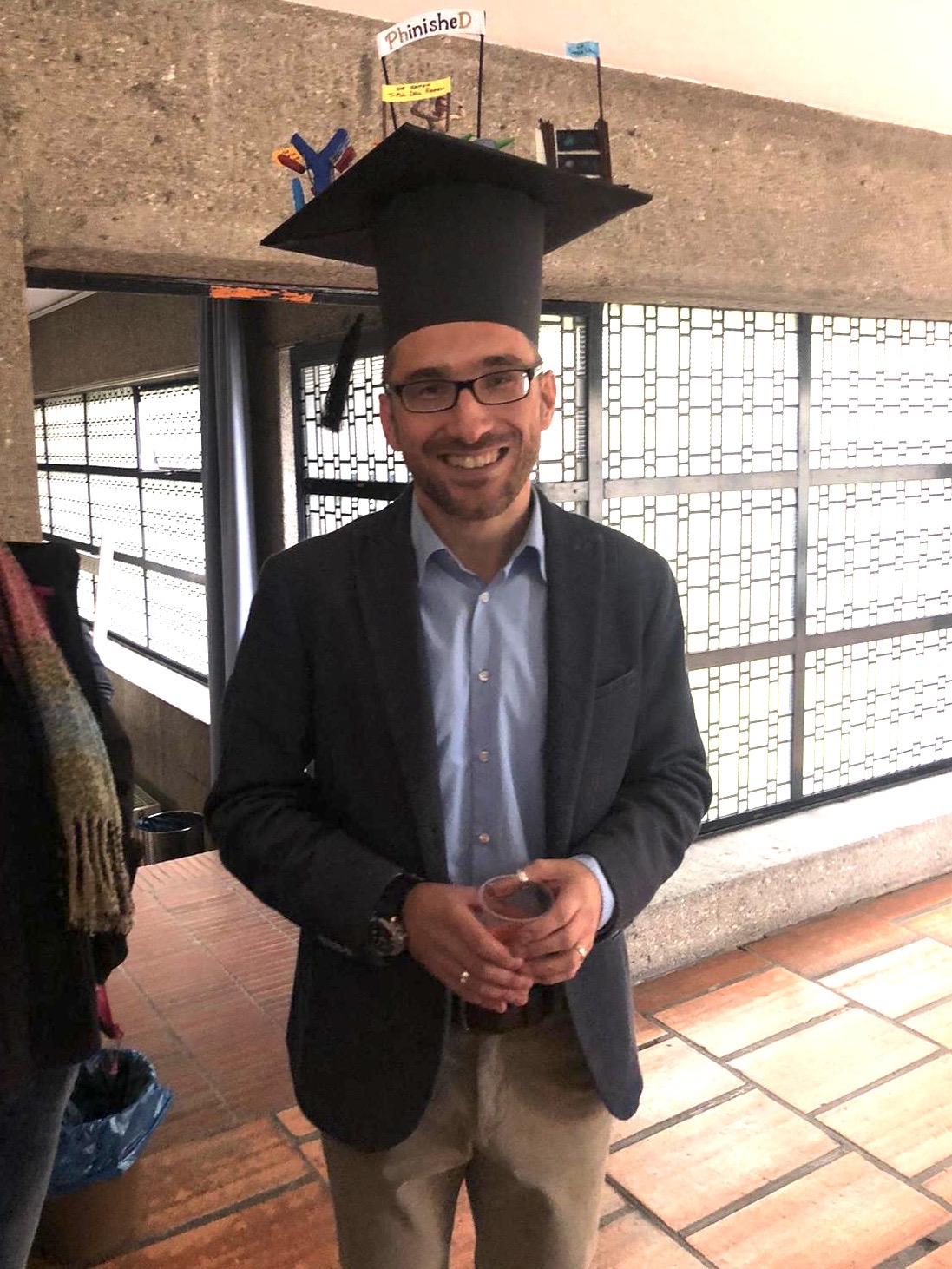 We congratulate Dr. Sebastian Oberbeck on his PhD defence!

Laboratory of Lymphocyte Signaling and Oncoproteome

The team is deeply saddened by the loss of our dear friend and valued colleague Dr. rer. nat. Elena Vasyutina. Elena had worked as a postdoctoral scientist in our lab since 2011. She died after a severe illness on February 24th, 2020.

We would like to express our gratitude to have had the privilege to get to know Elena as an outstanding person, a dedicated mentor, a creative mind, and an inspiring researcher. She has contributed significantly to the advancements in the fields of developmental and cancer biology and by that has been instrumental to the successes of our lab. We are indebted to her.

Elena leaves behind a vast legacy to our community and us with fond memories. She will be profoundly missed by all whose lives she touched. Our most heartfelt condolences and sympathy go out to her family.

Our laboratory recently moved to a new building. Please find our new address below:

Our telephone number changed as well. You are now able to contact us at:

Our laboratory focuses on targetable molecular events of malignant lymphocyte transformation and evaluation of such pathway dependence, with particular interest in the pathogenetic mechanisms of chronic lymphoid leukemias. These comprise a heterogeneous group of tumors derived from mature (peripheral) lymphocytes of B-cell or T-cell lineage, but share a common fact, namely their near-exclusive incurability with current therapeutic approaches. B-cell chronic lymphocytic leukemia (B-CLL) is the most common leukemia of adults in the Western world with distinct molecular and clinical subsets being recognized. T-cell prolymphocytic leukemia (T-PLL) can be considered its aggressive T-cell equivalent. It shows a unique molecular signature of activation of the T-cell leukemia 1 (TCL1) oncogene. The exact position of T-PLL in the T-cell histogenetic spectrum also deserves further investigation. Mycosis fungoides / Sezary syndrome (MF/SS), another group of CD4+ T-helper cell derived tumors, present as erythematous cutaneous lymphomas / leukemias. They show interesting phenomena of immunophenotypic and functional drift.

Our research program is closely connected to the clinical trial efforts of the German CLL Study Group (GCLLSG) with headquarters at Cologne University as a translational platform. This is of particular significance in an era of multiple available target-specific inhibitors, whose mechanistic rationale can be tested in the laboratory and transferred into bedsite application in collaboration with corporate partners.
In previous work (MDACC Department of Hematopathology, Lab D. Jones, MD, PhD), we studied the regulation and function of a protooncogene called TCL1. Its abnormal activation leads to chronic leukemias and it has been implicated as a major transforming force in T-PLL and CLL. However, its molecular function is still poorly understood. We were able to establish a novel mechanism of TCL1 action by demonstrating its regulatory involvement in cellular signaling processes that represent major survival and growth pathways in transformed lympocytes.

Conceptionally, our projects comprise the analysis of relevant kinase signaling and the involvement of novel coregulatory molecules as well as the interception in respective mechanisms of regulatory protein interplay in subtypes of chronic lymphoid leukemias.