Dr. Herling graduated from Martin-Luther-University (MLU) Halle-Wittenberg medical school in 1999. In his doctoral theses work on experimentally induced soft tissue sarcomas from 1994-1999 at the MLU Institute of Pathology, he studied pre-malignant mesenchymal changes and tumor host interactions on the basis of cellular glycoprotein-receptor patterns. With a stipend through the Biomedical Sciences Exchange Program, Dr. Herling worked as a medical student with mentors Drs. A.H. Sarris and L.J. Medeiros on the development of prognostic marker proﬁles in anaplastic large cell lymphoma and Hodgkin lymphoma between 1997-98 at the Department of Lymphoma and Myeloma at the M. D. Anderson Cancer Center (MDACC), Houston, Texas. In 2000, he entered his clinical training at the Department of Hematology/Oncology at the University of Freiburg chaired by Dr. R. Mertelsmann. He spent his postdoctoral fellowship from 2002-2006 at the MDACC’s Department of Hematopathology in the laboratory of Dr. D. Jones. There, he investigated transforming mechanisms in T-cell malignancies with focus on the role of the oncogene TCL1. Between 2002-05, Dr. Herling was enrolled in the NIH Physician Scientist Training Program headed by Dr. E. J. Freireich completing the curriculum with a proposal and clinical implementation of novel trial approaches in T-PLL. As an awardee of the MDACC Odyssey Fellowship, Dr. Herling extended his research to the signaling pathways relevant in the precursor transformation and tumor progression in CLL.

With a stipend by the DFG, he joined the team around Dr. M. Hallek at the Department of Medicine I at Cologne University in 2007, where he led a Max-Eder junior research group from 2008 -2015 around the description and targeting of kinase interactions induced by environmental survival signals in CLL. He also headed the departmental diagnostic immunophenotyping in 2006 – 2010.

As a specialist in Internal Medicine and Hematology and Oncology, he oversees the scientific and clinical program in mature T-cell leukemias, e.g. T-PLL including a second-opinion office or a nation-wide registry.

Since 2010 Dr. Herling holds a position as Adjunct Assistant Professor at the Department of Hematopathology at the MDACC. 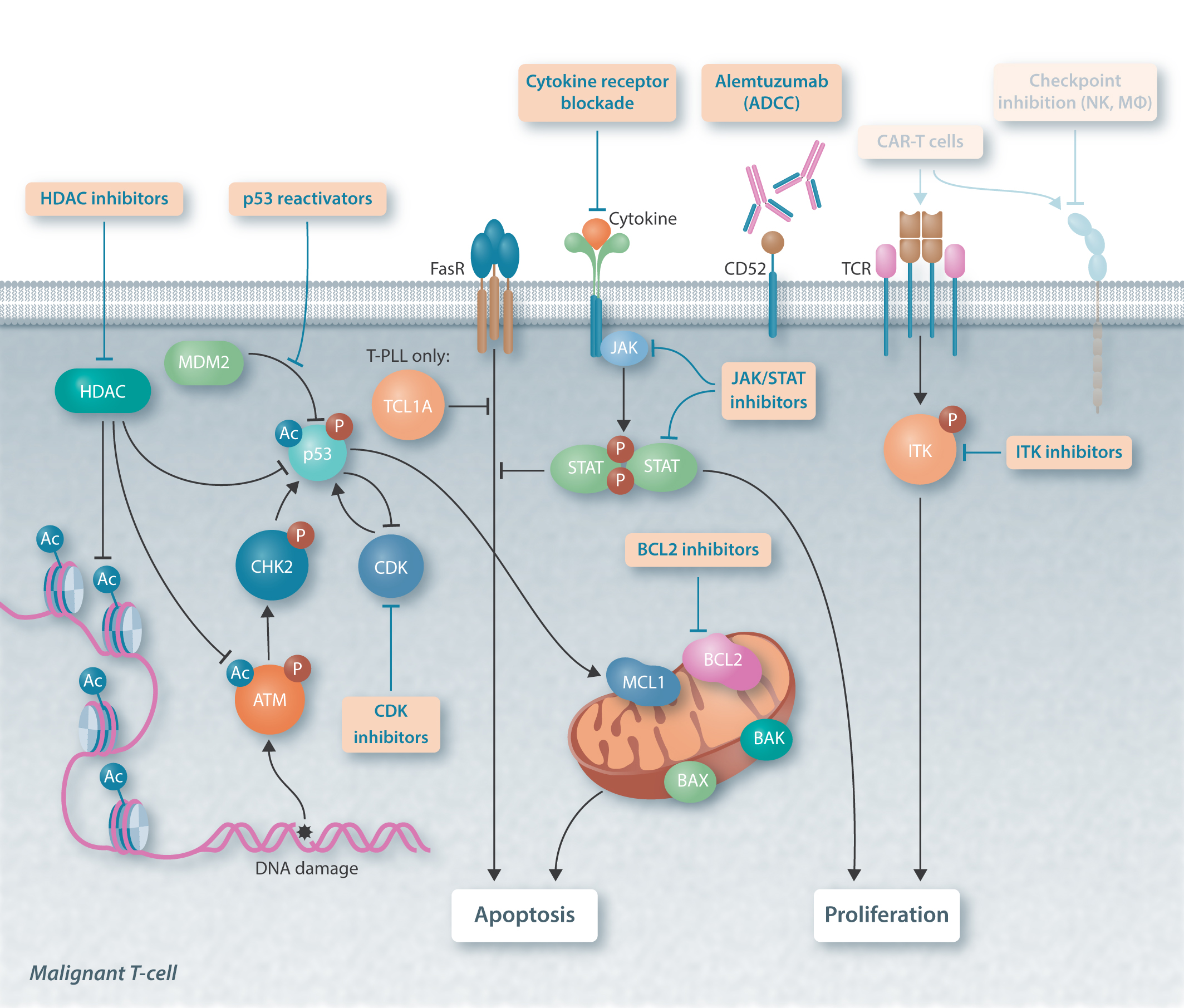